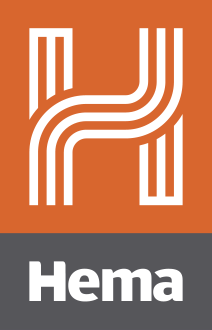 Perth is one of the most isolated cities in the world. Despite its isolation, or because of it, Perth has developed into a dynamic and prosperous city with many diverse attractions for the visitor. Basically, the city is divided in two by the Swan River estuary. For many people, the Swan River is what defines Perth. On any fine weekend the wide waterway teems with yachts, powerboats and paddlers. The walking paths and cycleways that run along its banks are well utilized and families flock to picnic locations in shady parks. Boat cruises take tourists up and down the river, and ones that call in to riverside wineries in Middle Swan are particularly popular. With its superb beaches and location on the banks of the Swan River, it’s little wonder Perth has
become famous as an outdoor playground.

The most popular and well known of Perth’s magnificent white beaches are Scarborough and Cottesloe beaches. City Beach and Floreat Beach are other family-oriented beaches while the best waves close to Perth occur at Trigg Beach.

The best known and loved park in Perth is undoubtedly Kings Park. It protects a large area of natural bushland and during September, at the height of the wildfl ower season, is a blaze of colour. Jacobs Ladder, a set of nearly 300 steps, rises steeply from the base of Mount Eliza to Kings Park.

At the mouth of the Swan River is bustling Fremantle, a busy port with a lively restaurant, bar and café culture. One highlight is taking a guided tour of the historic convict-built Fremantle prison, which is now a museum. The Hotels and Breweries Walk – an easy 2.5km stroll with plenty of cafes, pubs and restaurants enroute.

Technically an escarpment, the Darling Range or Perth Hills rises abruptly from the coastal plain to the east of the city. Much of the ranges are cloaked in jarrah forest and bush which is protected in national parks. In spring, wildflowers attract hordes of visitors. There are many picnic spots, especially in scenic John Forest National Park and around Mundaring Weir. Bushwalking and mountain biking along trails attract numerous adventurous people to the Perth Hills region. The Bibbulumun Track starts in Kalamunda and ends nearly 1000km later at Albany. Starting in Mundaring, the Munda Biddi Trail is a long distance cycling track that goes to Nannup in the south and eventually to Albany.

Just off the coast is a line of islands, the most prominent being Perth’s favourite watery playground – Rottnest Island. It’s a  popular spot for swimming, snorkelling, scuba diving, surfing and fishing. As no private vehicles are allowed on the Island, cycling is the best way to get around. You can hire bikes at the main settlement at Thomson’s Bay, Fremantle ferry terminals or bring your own.

Places of interest include:

Fremantle places of interest include: